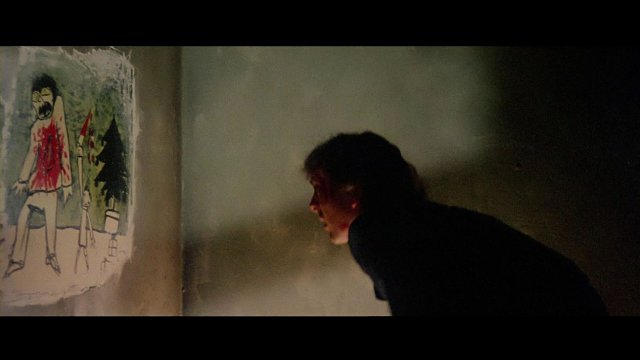 On this, the greatest day for Horror films, I present a lifetime of watching them. This list is dedicated to George Méliès, who in 1896, made The Haunted Castle, generally recognized as the world’s first horror film. It’s also dedicated to anyone willing to watch anything after, I don’t know, 360 or so. (This list has now been updated, here) 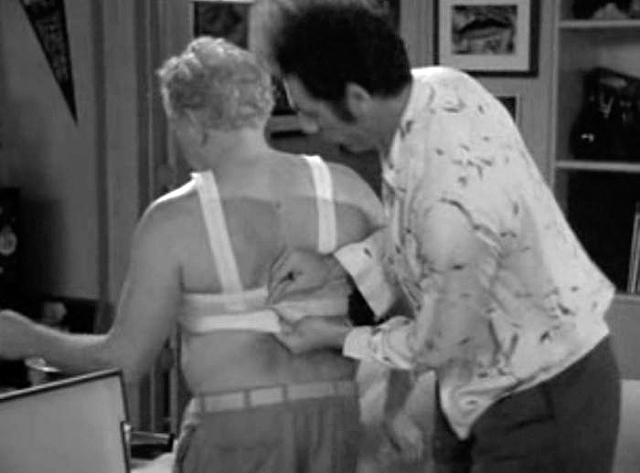 Sid Farkus?! You’re not having dinner with a bra salesman.
Hey, he only sells them. He doesn’t wear ’em.
Okay, that’s it! I’m not coming home!

Seeing this selection come right on the heels of ‘The Hamptons’ discussion about the shows approach to leisure, the argument becomes even more apropos. ‘The Doorman’ is a very typical episode (granted I think it’s better than almost every other as it did appear here in the top fifteen) in its decidedly proletariat milieu, and buttresses my commentary last post about ‘The Hamptons’ uniqueness was in its being centered purely around leisure. ‘The Doorman’ proves my point that Seinfeld is usually largely centered around the hustle that is work, the reordering of life to fit its demanding urges and restrictions. Here, the hustle effects Jerry and Elaine’s moviegoing plans; both what time they can make due to Mr. Pitt’s demands on Elaine (who is house watching in addition to her regular job as his assistant) to Jerry attempting to avoid the work schedule of the titular Doorman when picking Elaine up after his first encounter goes so hilariously bad. The Doorman is itself a funny characterization, long the reason I hesitated with this particular episode, as his agitation resembles something more akin to a bridge troll in Three Billy Goats Gruff than anything in pro-labor literature. It’s a role written more as annoyance than authentic; he’s fighting with the person he’s most aligned with economically (the tennis shoe’d middle class Jerry), while promptly licking the boot of any opulent character we see him encounter (with the extra touch of cynical irony from the script as well, I was always slightly put off). But one could argue that the Doorman’s hustle is itself one purely based in the ‘yes sir, no sir’ world; like that of the Porter, Shoe Shine, or Valet, it’s a job for the person to have his degradation first hand rather than passed through the usual intermediary channels of, say, the middle manager. You curse those around you, but (learn to) bless those above. Just to survive the hustle, you become the prick we see Jerry deal with.

But perhaps the greatest hustle of them all, and maybe the greatest hustle in the entire Seinfeld canon, is the plot line of Kramer’s wild ‘bro’ invention. Once he brings Frank to the fold, as it was his breasts ‘clanging around’ that blossomed the idea in Kramer’s mind in the first place, we even see the retired brought back into work service. It’s a great two-fold comedic invention; at once funny as an object (almost) put into production made even moreso when we see Kramer’s working prototype, while also throwing George into a hilarious hereditary guessing game. If baldness is a gene that skips a generation (we’d easily understand that once we see Frank’s wild orange mane next to George’s paltry swatch) in men, then the bosom gene, it’s theorized, would come from the grandmother. George asks his mother, in the only way he knows how (awkwardly), and is left with more questions than he’d originally set out asking.
END_OF_DOCUMENT_TOKEN_TO_BE_REPLACED

When we open to Billy Wilder’s 1951 masterpiece Ace in the Hole it’s to what could probably be the conclusion of an altogether other great Noir. In that unfilmed, unrealized Noir, Chuck Tatum (Kirk Douglas at his razor sharp best) is a hot shot reporter in New York City willing to do anything for his prized Pulitzer. Something terrible happens to him as something always does to those living in the shadowy recesses of the Noir newsroom and the world that produces the headlines so coveted therein. When the newsman is as unscrupulous as our hero Tatum is, you expect him to be cast aside to the gutter to die, or worse, to the realm of no longer seeing his name printed on the front page newsprint in beautiful black ink. Death is no match for a life lived in obscurity when vanity or ego are our protagonist’s character flaws.
END_OF_DOCUMENT_TOKEN_TO_BE_REPLACED 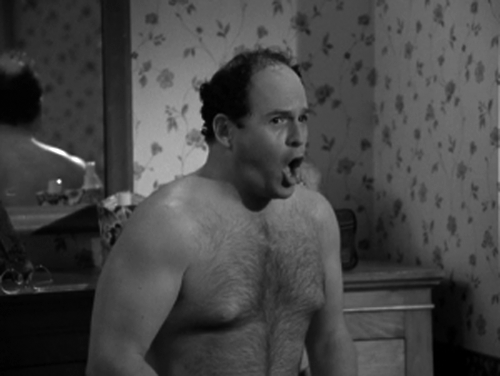 It’s like I’m Neil Armstrong. I turn around for a sip of Tang and you jump out first.

Season Five’s ‘The Hamptons’ is immediately a pretty recognizably great Seinfeld episode by any measure. Everywhere are there indications that it’s a cut above in its uniqueness; from the tightly compacted narrative involving every member of the group rather then the oft used pairings or singling out, to it creating one of the Series’ defining pop-culture idioms in ‘shrinkage’, and, probably most uniquely, it shows the entire group at leisure. Seinfeld, as I’ve pointed out almost ad nauseam at this point, was a show concerned within the everyday realities and oddities of the average person (err, average urban person more specifically, or even more specifically, an upper west side New Yorker) whether it was a weekend brunch, or an evening date, they were mostly activities purposefully juxtaposed against the working day (or sometimes in Kramer and George’s case, the humor in working so hard to not work).* What then, the episode seems to wonder, would happen if all the humorous anxieties and foolish chicanery were packed up into a weekender and thrown into a car for a jaunt to the otherwise peaceful and calming Hamptons? Even if only for this one weekend?
END_OF_DOCUMENT_TOKEN_TO_BE_REPLACED

1967’s major investments are ‘Simon Smith and His Amazing Dancing Bear’  by Alan Price (who sings ‘well expected everywhere’, which surely ought to be ‘well accepted everywhere’), ‘Peek-a-boo’ by the New Vaudeville Band, ‘Bernadette’ by the Four Tops. ‘Everywhere I Am’ by Plastic Penny has the line ‘got my feet on the ground / you’ve got some good in me’, and the sad lilt jabs. I am fascinated by ‘I’ve Been a Bad, Bad Boy’ by Paul Jones, because it is so loud and so strange, and there it is at number 6 in the charts, hooray. These small black discs are the first things that are truly mine; my choice, paid for with my own scraps of cash, reflecting my own stubbornness. In a dream, I watch them spin and spin, calling out, pointing the way. These are the days when very few people collect records, so therefore whatever they might buy defines their secret heart. Everyone scratches their name on the paper labels because in the event of the discs being brought to parties it’s important that the owner leaves with whatever they arrived with. This becomes irrelevant in the 1970s when the value of records is beginning to be understood, and any defacing will reduce trading prices. In the 60s, of course, it doesn’t occur to anyone that they might one day sell their collection, for who would want such throwaway items?

Pop Music with a capital ‘P’ versus Pop Music as an abbreviation for Popular Music is an incredibly important distinction to make, especially when a strict emphasis on historical time frame is exhibited. Originally, Pop music only needed to be the abbreviated short form of Popular music because the variation of genre in the 1950’s wasn’t the stark difference it would have in 5 or ten years (let alone the 60 plus we have today). You can draw parallel lines throughout the evolution of Pop music to see how it happens and how the genre (Pop with a capital ‘P’) is birthed and the time frame within which it existed occurred.
END_OF_DOCUMENT_TOKEN_TO_BE_REPLACED